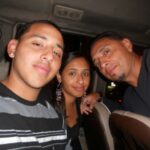 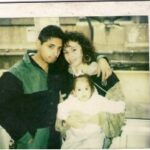 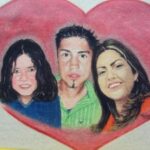 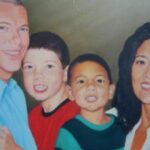 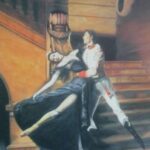 Join the Justice for Denis & Julio movement to help #BringDenisHome and #BringJulioHome! Like many others, Denis and Julio have been torn apart from their families by the injustices embedded within and perpetuated by our immigration and criminal justice systems--racist systems that work hand in hand to target people of color and criminalize their right to move and live freely.

We are fighting to bring Denis & Julio home to their families in the United States after more than 10 long years since being deported to Peru in 2009. Please take the time to learn about their story and our campaign and join us!

Denis Calderon and Julio Maldonado are cousins born in Peru and raised in the United States since they were children. On August 4th, 1996, a mob of young white men attacked them as they walked to Denis’ neighborhood bar around the corner from his home in Northeast Philadelphia.

The group first assaulted them with their racist slurs, then with their beer bottles and fists and knives. When the police arrived at the scene, they automatically zeroed in on Denis and Julio, the two non-White men, despite the fact that they were the ones surrounded by a hostile group. As is often the case, the color of one’s skin becomes a factor in determining who is criminalized in our country and who is not; that dynamic was manifested in the officers’ decision to arrest Denis and Julio instead of the actual perpetrators of the attack.

Denis and Julio were unjustly charged and eventually convicted of Aggravated Assault by a judge in a bench trial. Throughout this entire ordeal, they withstood years of trials and imprisonment, suffering immensely through every stage of our criminal justice process; the police and courts failed to recognize their humanity and their story.

But the violence did not end with their imprisonment. Despite both men having longtime permanent resident status and Denis being married to an American citizen, when they were falsely convicted of the hate crime that had been committed against them, their legal immigration status was revoked. After they had already served the time they were sentenced to, Denis and Julio were sentenced once again to a lifetime of separation from their home and families. They were deported to their home country of Peru in 2009.

Denis’ daughter, Jesenia Calderon, only a child when the incident that tore her family apart took place, is now an adult, working as a nurse. She has an approved family petition for Denis to get his green card back. However, the old criminal conviction is preventing him from being able to use the petition.

Denis and Julio is just one story among many whose time and lives were stolen from them by the criminal justice system and its additional punishing effects on immigrants. The Philadelphia District Attorney’s Office holds the power to pave a way back home for them through its Conviction Integrity Unit and the wrongful conviction process. Justice for Denis and Julio has remained elusive for 24 years, but they remain resilient in fighting their way back home to their families and dreams in the United States.

While Denis was unjustly incarcerated, he turned to painting as a source of distraction and comfort, often using portraits of his family. After being deported, he continued to paint in Peru. A former diamond setter, Denis enjoys working creatively with his hands and hopes to continue to pursue his passions once he returns home. Beautiful samples of his work can be found on the gallery at the top of this page.

We use cookies on our website to give you the most relevant experience by remembering your preferences and repeat visits. By clicking “Accept”, you consent to the use of ALL the cookies.
Cookie settingsACCEPT
Manage consent